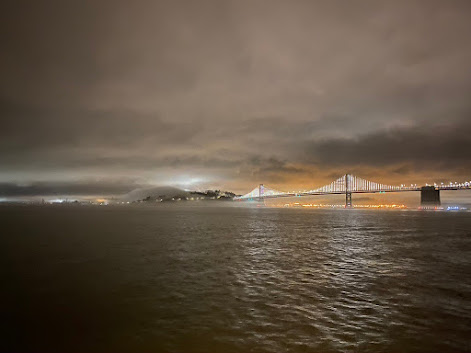 it's the end of a crazy year - 2020  I've finally made myself publish a "thing" .. just anything actually :)  what happened in the decade that past ? not much actually :).. and pretty much everything else :)  I'll not even try to round it up.. the brief summary is .. 10 years later I still enjoy writing code.. lot's of it. to be a bit more precise - still using java, spring, maven, writing javascript with some HTML and CSS  "May the force be with you in 2021!"
Read more

August 27, 2010
Tweet I am ready to announce the next version of Deltaset - 0.8.2 ( http://www.deltaset.org/ ) Four days after the initial public release, several discussions and strong opinions from the community :) and the integration with the popular Primefaces ( www.primefaces.org/ ) is ready :) What is Deltaset Project promising ? A full blown , Primefaces integrated, JSF 2.0 based, ready to run on Google Application Engine ( www.appspot.com ) application in less then 10 minutes. How ?! Just type: mvn archetype:generate -DarchetypeCatalog=http://deltaset.googlecode.com/svn/maven2/ choose deltaset-primefaces-gae-archetype and the fun begins :) the live demos are here : http://deltaset-primefaces.appspot.com/ http://deltaset-demo.appspot.com/ You can read more about the Deltaset project in my previous post : Extreme productivity with JSF 2.0 and Deltaset Have fun :) And I'm definitely waiting for your feedback, questions and proposals ;)
2 comments
Read more

Extreme productivity with JSF 2.0 and Deltaset

August 22, 2010
Tweet I am going to introduce you to the newly created "Deltaset Project" . I have just released the first publicly avaiable version - 0.8.1. It is the logical 'next step' after my prevoius post : http://dmakariev.blogspot.com/2010/01/jsf-20-with-spring-3-and-spring.html The number of people, who read it, is quite impressive.. 14,429... If you type "jsf 2.0 spring 3" you can see that same post, and refenreces to it, occupying the first page of google, bing and yahoo. And definitly , I have not used any SEO techniques :). I want to say big "THANK YOU GUYS !" to everyone who has appreciated that post; to all the great comments; to all the mails which I've received. My biggest issue was that the ideas, which I've presented here, were not ready for support, change and mass usage. It was just a showcase of "how a java web application could be developed efficiently". Now ... after several months of work, few sleepless nights
6 comments
Read more

JSF 2.0 with Spring 3 and Spring Security 3 on Google Application Engine

January 25, 2010
In this post I'm going to show a simple fully integrated CRUD style application working on Google Application Engine. The technologies used are : JSF 2.0 - Mojarra 2.0.2 Spring 3.0.0.RELEASE Spring Security 3.0.0.RELEASE Hibernate Validator 4.0.2.GA as reference implementation of JSR 303: Bean Validation AspectJ 1.6.7 Groovy and the gmaven-plugin You can see a live demo at : http://sandcode.appspot.com UPDATE(22 August 2010) You can compare with : http://deltaset-demo.appspot.com and see the project created based on the ideas in that post : http://www.deltaset.org The application is build with Maven 2.2.1 For local execution you would need Google App Engine SDK 1.3.0 1.3.1 The archetype was updated on 11 February 2010, so that works for latest Google App Engine - 1.3.1 If you want to play and customize it you would need to have installed and configured Java, Maven and Google App Engine SDK Choose gae-archetype after running : mvn archetype:generate -DarchetypeCata
26 comments
Read more

JSF 2.0 with Maven 2 plugins for Glassfish v3, Jetty and Tomcat

December 25, 2009
In this post I'm going to demonstrate how JSF 2.0 "Hello World" application could be developed with the Maven 2 plugins for Jetty, Tomcat and Glassfish v3. The application consists of two pages and request scoped managed bean. The first page ( hello.xhtml ) asks the user "What's your name?", validates the input , then the second page ( response.xhtml ) greets the user with "Hi". The two pages share common layout defined in template.xhtml and request scoped managed bean HelloWorld.java exposed under name "hi". The titles of the pages are set with UL expression #{hi.greetFrom('greeting passed as parameter')} . The template loads its css and also one image file with the new ResourceHandler API. Prerequisites: * Basic knowladge of Java and Maven 2. * Installed Maven 2 ( http://maven.apache.org ). The sample was tested with version 2.2.1 Quick start: The source can be downloaded from here . or could be checkout with subver
5 comments
Read more